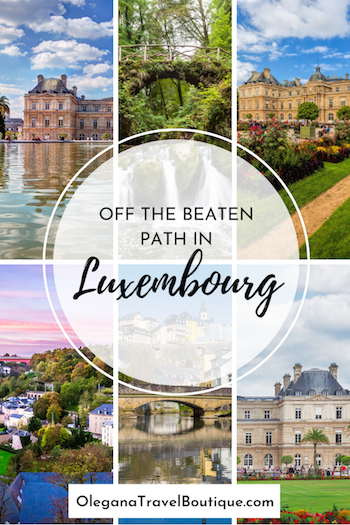 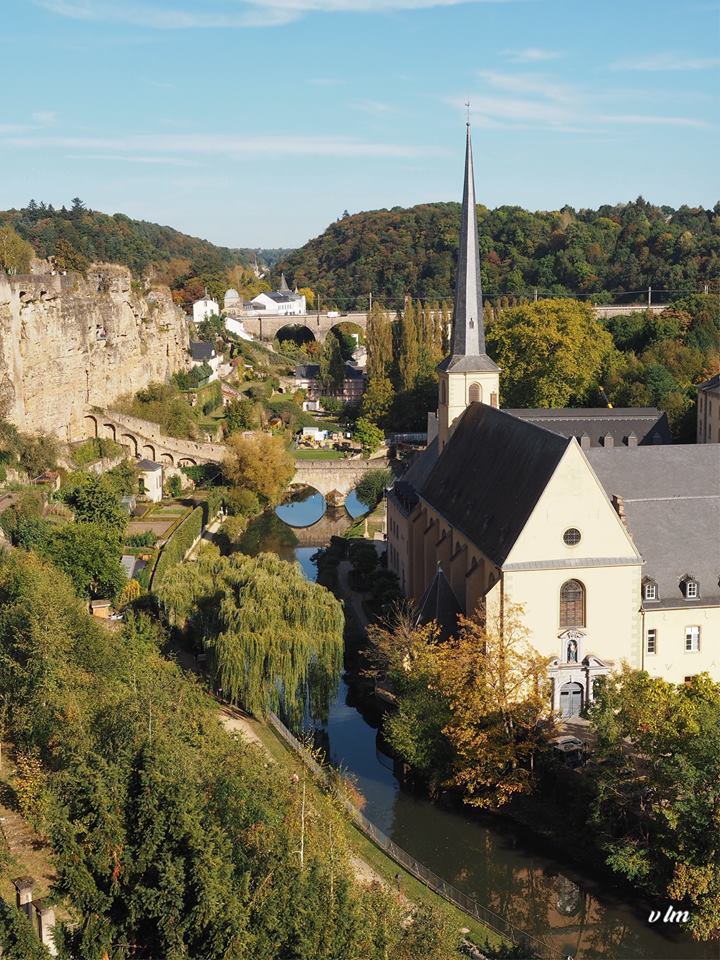 View of the Grund from the upper old town in Luxembourg City.

As I wandered my way to the Bock Promontory, Luxembourg City’s charm presented itself in full glory. I stood atop the dramatic gorge, on the upper level of this two-tiered town, looking down at the Grund, the lower old town. A constricted river meanders through the atmospheric village below, and a spiky church tower, trying to reach its way into the heavens, dominates the view. I’ve been to many of the famous European capitals, and none are as compactly and handsomely presented as Luxembourg City.

The multi-cultural, pint-sized nation of Luxembourg is strategically wedged between Belgium, France, and Germany in Northwest Europe. While being one of the smallest countries in Europe, it offers a decent range of sites to visit, including cities, castles, nature, mines, and more castles.  Since at the time I was based in Frankfurt, Germany, I decided to hop on over to Luxembourg, famous for being an epicenter for banking, to discover what else the country had to offer.

Compressed between two remarkable gorges, the old town in Luxembourg is a UNESCO World Heritage-listed gem. Upon arrival, I did what I always do when disembarking in a new town – I simply wandered. The upper old town offers leafy plazas teeming with cafes, and shops line the surrounding streets. Within an hour, I found my way to the aforementioned Bock Promontory, from where the most widely seen panoramic photographs of Luxembourg City are taken. From there, I started a picturesque walk on the Wenzel Route, which leads the remains of the city’s fortifications in the upper town and the Grund (lower town). The Grund features narrow, stereotypical European streets, and is hemmed by vertical rock walls. The total walk took a couple of hours, with lots of photo stops. If you are in Luxembourg on a very tight schedule and there is only one thing you can do, the Wenzel Route is it. 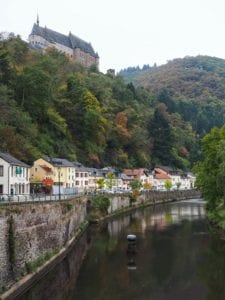 The medieval fortress in Vianden, Luxembourg – overlooking the old town below.

Admittedly, you can see all of Luxembourg City in one day and not feel like you’re missing out on much. On my second day, I decided to explore some of Luxembourg’s countryside and castles, so I ventured out to Vianden, a small town in the north-east bordering Germany. Situated in a steep valley on the banks of the Our River, Vianden in itself is a quaint town worthy of a quick visit or an overnight stay in one of over a dozen hotels lining its slender, cobbled streets. I came specifically to see Vianden Castle, one of northern Europe’s largest medieval monuments, dating back to the 11th century. I found the castle itself to be average, but its exhibition of Rembrandt sketches was impressive and made the journey worth it.

Luxembourg City can be easily reached by train or bus from Belgium, the Netherlands, Germany, and France. There are direct flights to Luxembourg from many European cities, particularly London.

One full day is more than enough time to explore the entirety of Luxembourg City, but add more days if you wish to venture to some of the other sites outside of the main city.

Vianden can be easily reached from Luxembourg using a train/bus combination. Take a train from Gare Centrale Luxembourg to Diekirch (leaves every 30 minutes; costs €4 for an all-day pass, including buses). Then take bus #570 to Vianden. Entrance to Vianden Castle is €6. 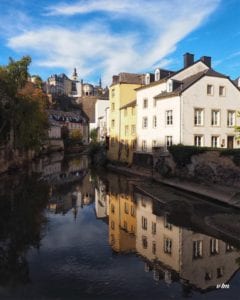 A typical view in the Grund (lower old town of Luxembourg City) along the picturesque walk on the Wenzel Route.

Luxembourg City’s famed Christmas Market can be visited in December, when the city’s three main plazas are transformed into Christmas villages selling all sorts goodies, including local drinks and foods.

I consider my brief, three-day trip to Luxembourg a success, another country marked off my bucket list. For more information on Luxembourg and how you can add it as a side trip from Belgium, the Netherlands, Germany, or France, as well as general information on vacations, custom itineraries, destinations reports, deals, and reservations, contact us at info@oleganatravelboutique.com. 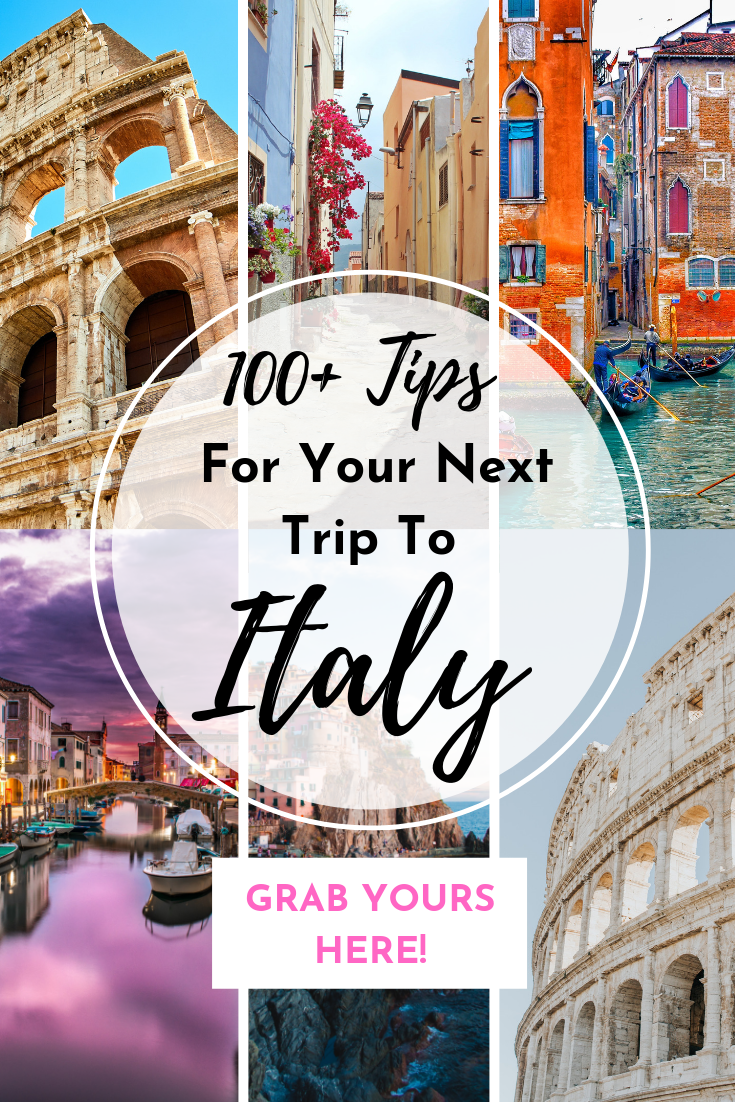